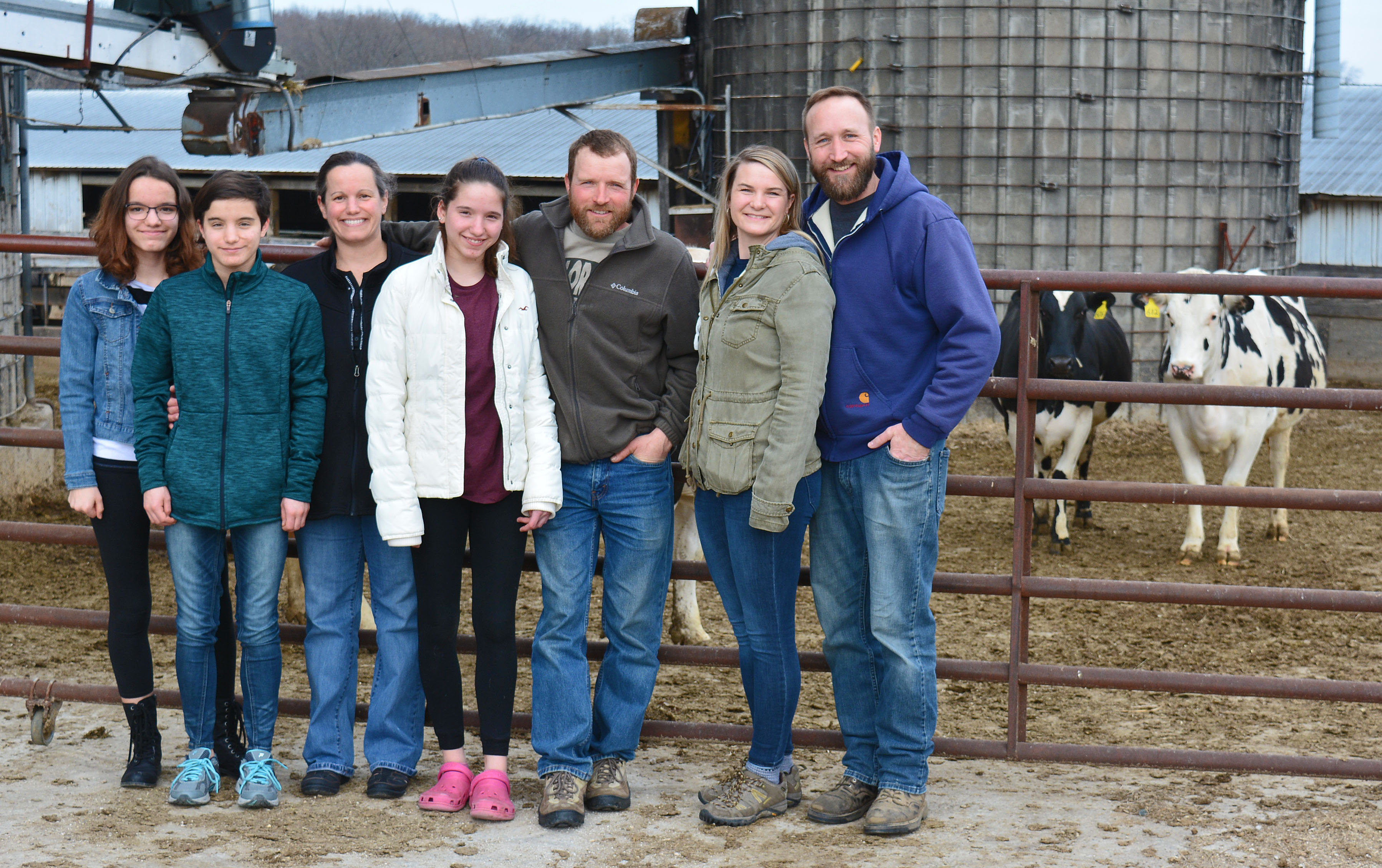 For Ron, there is nothing more important than community.

As a child, he worked on his family farm, Romari Farms, helping his family sustain their operation and developing a kinship with both the land and the milking cows. This background in agriculture led him to be an active member in 4-H and FFA as a child, serving as a Wisconsin FFA state officer and later pursuing a career in agricultural education. While at UW-Madison, Ron developed his first inkling of his love for making cheese.

“I made my first batch at home in the kitchen on my mom’s stovetop. It didn’t turn out very good, but it was interesting and tasted okay,” said Ron. What started as an amateur interest quickly blossomed into a potential career that would allow Ron to produce something that strongly connected to his family’s farm.

After a few years of teaching, Ron apprenticed at Babcock Hall under Gary Grossen while taking UW-Madison cheesemaking courses.  His training continued at his first job at Uplands Cheese in Dodgeville, and continued while working at Cedar Grove, emphasizing his understanding of food safety programs and cheesemaking. From there he landed in Milwaukee as the manager and cheesemaker at the newly opened Clock Shadow Creamery.  Over the next three years, Ron established his skills in both the art and science of cheesemaking while getting a feel for managing a creamery.

After this training, Ron and his wife Josie started their family, and Ron took a year and a half sabbatical to look after his daughter and develop the concept for Hill Valley Dairy, a business focused on building and sustaining local community through cheese.  In July 2016, Ron and Josie took the first steps, making and selling their own cheese to local markets in East Troy and Burlington.

Hill Valley Dairy is focused on providing local cheese to their local community of southeastern Wisconsin.  From the bottom-up, milk-to-market, Hill Valley Dairy’s cheese is meant to be about connecting local people to local products.  This can be seen in the company’s current market, selling direct to consumers at farmers markets, to local restaurants and local shops. See a complete list of where to buy their products.

Ron always looks to develop cheese that makes people happy.  He wants his cheese to be an everyday staple in people’s homes and not just that “once-in-awhile” cheese you buy for special occasions.  He develops his flavors to be flavorful and fun; from the ‘squeaky’ cheese curd, to the whiskey gouda, Ron’s hope is that you find enjoyment from the first bite to the last.

Catch up with ron & josie

Our online shop is currently having technical difficulties: please contact us at 262-684-9524 to place an order. Dismiss